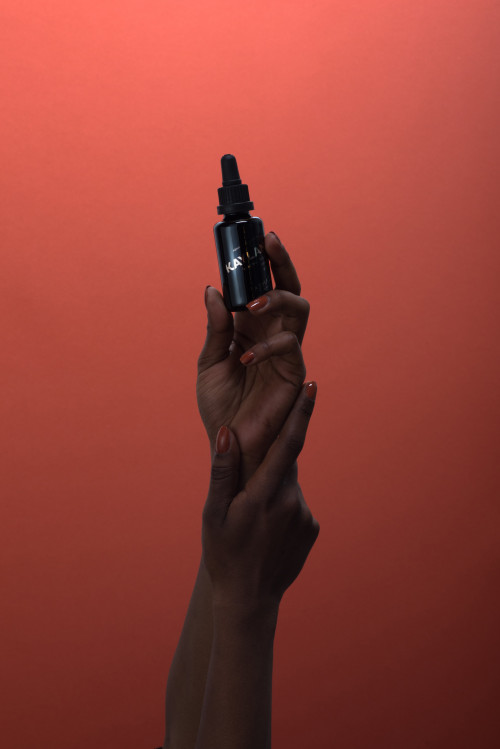 Kaylana Rare Oil was the very first skincare product I launched at Abhati Suisse. Since its launch, it has become a quite well-kept secret amongst our Abhati Suisse Lovers and Makeup Artists alike. A little birdie told us, that it has been used during make-up sessions with Bella Hadid and Hailey Bieber….

I discovered this beautiful ancient oil by chance, during my work with our tribal farmers in the Himalayan mountains. The men and women who lived high up in the mountains had this special glow and I wanted to know, what – apart from the fresh air – is the secret behind this.

Our Kaylana rare oil is a nuanced formula based on Vedic beauty rituals from ancient India. Made with rare, exclusive oils, Kaylana fights free radicals to protect and revitalise your skin's natural radiance. Packed with essential fatty acids, Kaylana penetrates deeply and is absorbed to heal and tone the skin.

It is the ultimate elixir! The legend shared with me together with the recipe is a story I just love:

Long ago in ancient India lived a beautiful princess named Chitrangada. She was loved by all people, not only for her exquisite charisma. With her courage and bravery in battles, she was even superior to the greatest warriors of that time. Such battles left wounds and scars. Not only her soft skin, but also her pride suffered from the cruel injuries, a price she had to pay for her military excellence. One day, while riding through the Himalayas with her men, Chitrangada came across a plant she had never seen before. The highly exotic aroma of this plant immediately struck her. She slowly raised the plant to her face and felt cooling and soothing sensations. Within a week, she had her royal healer mix this peculiar plant with other rare oils and plants to make an oil balm. She applied this to her skin and scars for years to protect and heal them from the harsh climate, sun, wind and dryness. Soon, news of her elixir reached the ears of Rajput queens and princesses who, like Chitrangada - adorned with sharp blades and exquisite jewels - embodied beauty and power. Out of respect and support for her fellow queens, she had her famous balm bottled in portions for them. Thus, no burn, no cut, no scar, nothing more that reminded the women of their battles should spoil the beauty of their skin.

This golden liquid is our 100% natural organic cold pressed ancient oil with 12 powerful ingredients and 30 actives in one supercharged formulation.

Back to Blog Overview